Archive for the ‘Movie Reviews’ Category 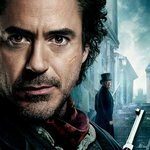 By Tom Clift on January 9, 2012
Read More
The Adventures of Tintin: The Secret of the Unicorn (Review 2)
3

Based on the timeless Belgian comics by Hergé, directed by Steven Spielberg, produced by Peter Jackson (The Lord of the Rings) and brought to life using the same motion capture technology popularized by Robert Zemeckis (The Polar Express) and perfected by James Cameron (Avatar), The Adventures of Tintin bears, in theory, all the promise of a cinematic event. Not so in execution. Part gumshoe mystery, part animated Indiana Jones, [...]

While its revolting premise and some ingenious marketing has earned The Human Centipede much notoriety online, the 2009 Dutch horror film about three unfortunate tourists sewn anus to mouth by a maniacal German scientist isn’t really all that difficult to stomach. Indeed, the relatively small amount of gore and bodily fluids that director Tom Six actually depicts in the film – along with the general crumbiness of the dialogue, plotting, [...] 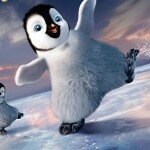 I don’t think I’ve ever seen a film – live action or animated – quite like Happy Feet Two, and I don’t mean that in a good way. If the original Happy Feet were a whirlwind adventure, this manic sequel is a Category 5 hurricane, the intent being to sweep audiences off their feet, but the result being more  in line with taking a flying brick to the face. Director [...] 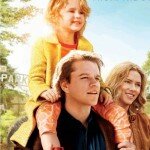 The bitter cynic within me — located just left of the pancreas, if we’re being precise — would want nothing more than to rip into the manipulative emotional rollercoaster that is Cameron Crowe’s We Bought a Zoo, the kind of on-rails Hallmark drama where every ascent is followed by a predictable fall. Yet preventing such a scathing report is my inner romantic, a resident of the heart who shows up [...]

By Anders Wotzke on December 24, 2011
Read More
The Adventures of Tintin: The Secret of the Unicorn (Review)
0

Now that we’ve collectively agreed Indiana Jones and the Kingdom of the Crystal Skull never happened, let us return to fawning over Steven Spielberg for that kind of “gee whiz, let’s do that again!” giddiness you get from watching movies like The Adventures of Tintin: The Secret of the Unicorn. The director might be working from a collection of mid-20th century comics by Belgian artist Hergé, but this is undeniably [...]

This year, we’ve seen superheroes, aliens and boy wizards explode onto the big screen, but where have all the real action movies been? I’m talking about the ones featuring people, not pixels. The ones where the actor dangles perilously from the world’s tallest building, and not from a wire in front the world’s widest green screen. What happened to those action movies? Don’t they get made any more?