Home to the oldest rock paintings and archeological marvels in world, the Chauvet Cave in South France could certainly serve as an interesting focal point for a documentary. Yet if the cave’s custodians genuinely wanted to chronicle the scientific and cultural importance of the site, German filmmaker Werner Herzog probably wasn’t the right choice for the job. The 68-year-old auteur behind feature films such as Fitzcarraldo and Bad Lieutenant: Port of Call New Orleans, and documentaries including Grizzly Man and Encounters at the End of the World, is renowned for his eccentricities as the best of times. His latest effort – a 3D documentary and existential stroll through the millennia-old cave – is buried under the weight of his own particular brand of obscurity. The sites inherent potential for fascination does ensure that Cave of Forgotten Dreams is by no means a total failure. But its beauty and history is often overshadowed by horrendous 3D filmmaking and the deadpan, repetitive ramblings of the films overly indulgent and inscrutable director.

As a shorter, more straightforward documentary, this film might have worked fine. We are introduced to a series of archeologists, art historians and other scientists and academics who have been studying the cave since its discovery in 1994. Herzog and his tiny crew have received permission from the scientists and the French Minister of Culture to film the cave – the only time any filmmakers have been offered to chance to do so. Herzog is clearly fascinated by the cave, but it is equally clear that his interest is more philosophical than scientific. What this means, unfortunately, is that for every legitimate piece of information disseminated by interviewees, we get extended sequences of ponderous, often baffling voiceover from the filmmaker in charge. For every fascinating demonstration of the hunting tools used by the Neanderthals of the region, or scholarly analysis of the surprisingly sophisticated painting techniques that they employed in their wall art, we also get Herzog expounding about the meaning of life, art and humanity, on and on, to the point of utter tedium. 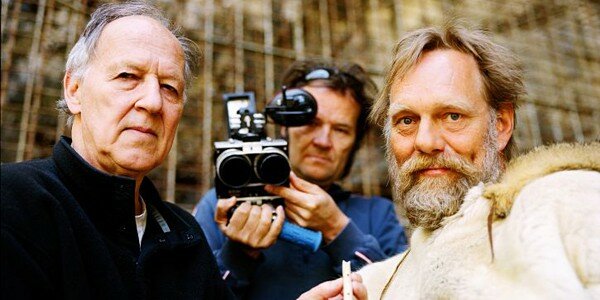 Even more arduous than Herzog’s voiceover is his use of 3D. There are individual moments – mostly close-ups of the paintings or still shots of the cavernous caves – that look great. But the rest of the time, the 3D is jarring, blurry to the point of incomprehensibility, and may very well leave viewers in actual physical pain. It’s a shame, given that unlike most recent 3D blockbusters, Herzog does seem to be attempting to use the technology as a means of artistic expression (rather than to bump the pictures’ box office take). But there is still no reason whatsoever for anything outside of the caves to be filmed in this headache inducing manner. Thankfully, the undeniable beauty of the cave – which sparkle with chemical deposits, and whose walls seem to come alive with primordial art – could not be repressed by even the nuttiest of directors.

Herzog’s unique approach does ensure that Cave of Forgotten Dreams has at least some entertainment value. By the time the film reaches its post-script, which bears seemingly no relevance whatsoever to the subject matter of the rest of the film, his archaic musings become so overwrought and incoherent that they may very well inadvertently provoke some laughs. But while Cave of Forgotten Dreams may be the most idiosyncratic nature documentary ever made, it is far from the most comprehensive. And if this really is – as Herzog suggests – the last time anyone will be allowed to shoot inside of this archeological marvel, I can’t help but feel that it was something of a waste.

You can read our coverage of MIFF 2011 here.

Give Up Tomorrow (MIFF Review)

Our picks of the 2011 Melbourne International Film Festival (MIFF)